Legion Post 557 members plan to come back after fire 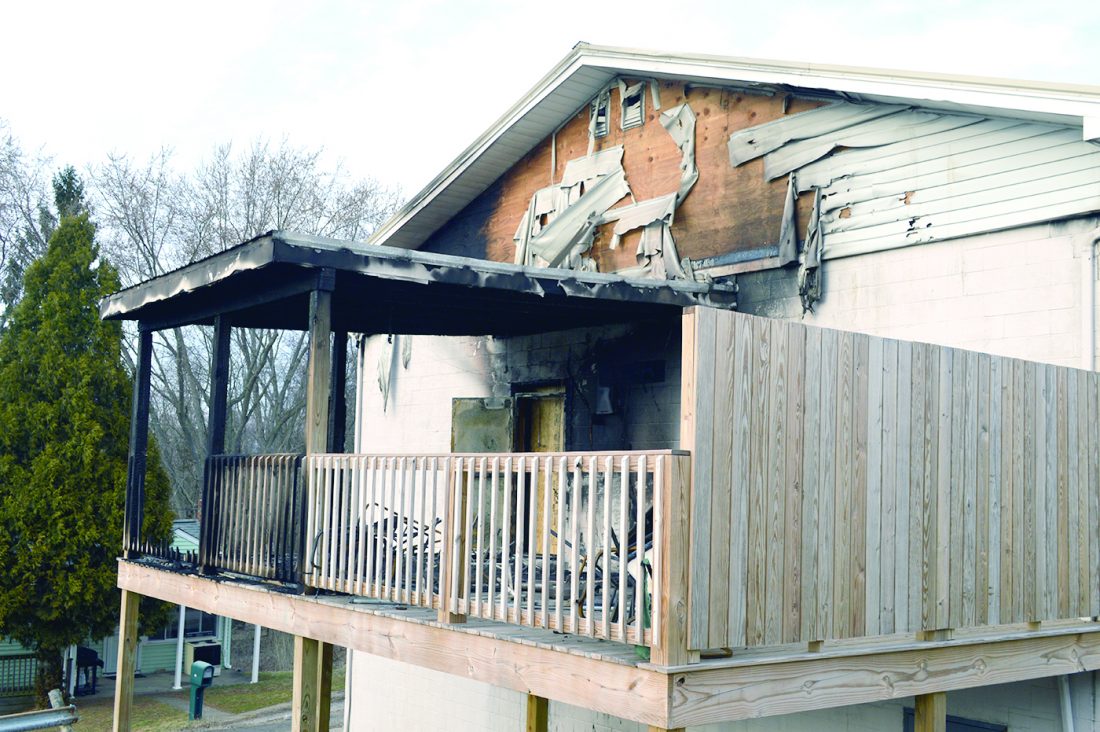 WINTERSVILLE — Post Commander Holly Lewis is optimistic the fire that heavily damaged American Legion Post 557 on Thursday will not hold them down for long.

“We are military people,” she said. “We know how this works.”

She and several volunteers spent the day cleaning out the post, located at 1212 Two Ridge Road, after a fire that Lewis said caused approximately $180,000 to $200,000 worth of damage to the Legion hall.

“Every electronic melted — computers, the TVs,” she said. “There are walls that will have to be completely replaced but we are structurally sound.”

Lewis said the fire occurred after the post had just spent approximately $50,000 on renovations to the building last summer and fall.

Wintersville Fire and Rescue Chief Robert Herrington said a neighbor heard the alarm at the hall around 2:40 a.m. Then the first responders arrived they found the deck at the rear of the building and the back of the building on fire. Officials reported they believe the fire started either on the deck or the wall located there.

“It was either just inside or just outside,” Herrington said.

Herrington said the fire marshal conducted an investigation into the fire Thursday but the results will not be available for a few days.

“They know it was not arson,” Lewis said.

Lewis said despite the devastation at the post, some good has emerged. The post had $3,000 of food in the building preparing for its annual fish fry that was to start today.

They were able to save the food and donated it to others.

“We gave some to the Hopedale American Legion for their fish fry and some to the Belvedere Volunteer Fire Department’s fish fry — they were one of the fire departments that helped,” she said.

“The rest we gave to the Friendship Room in Steubenville. At least we had something good to share.”

Lewis said they will rebuild but expect to be closed for a few months. She said some local businesses have already called to offer help and donations.

Anyone wanting to help with the repairs can send a donation to the Wintersville American Legion Post 557, P.O. Box 2387, Wintersville, OH 43953.