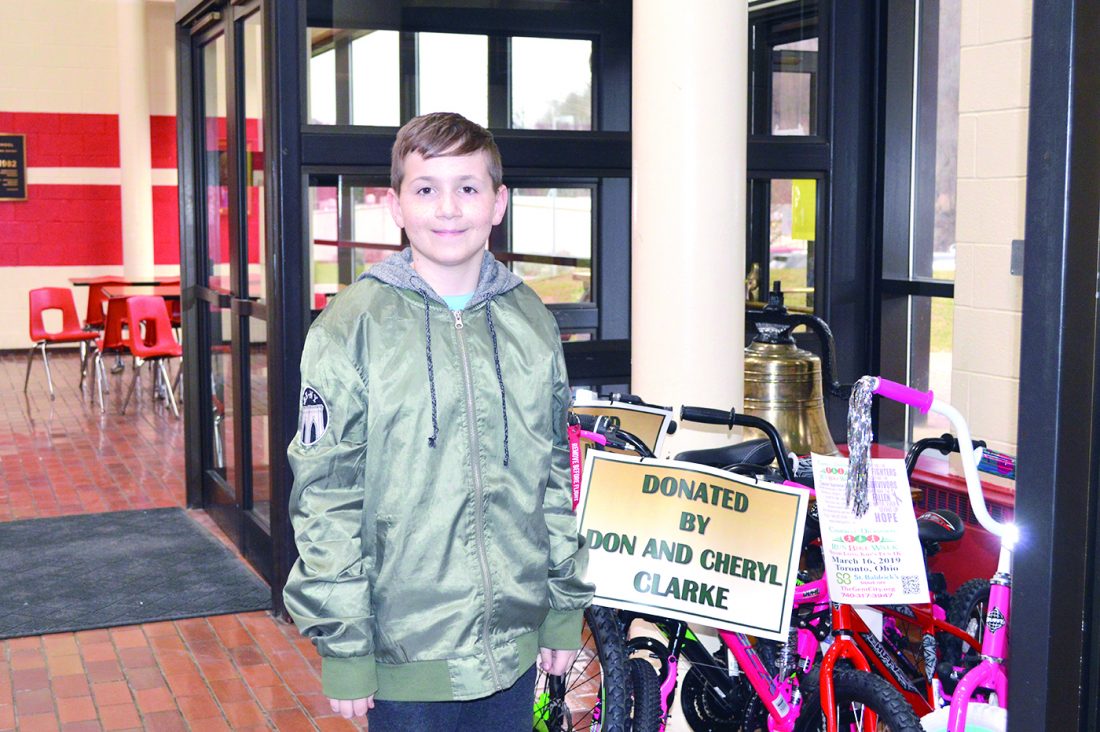 CANCER FREE — Wyatt Anderson, 11, is free of cancer after being diagnosed with stage four neuroblastoma at the age of 3. He was one of the survivors who was celebrated at the Campbell-Dickinson Run Bike Walk Cancer Survivor Dinner Thursday at Karaffa Elementary School. -- Amy Neeley

TORONTO — Wyatt Anderson, the son of Angie and Tom Anderson, is your typical 11-year-old.

He is a Cub Scout, plays flag football and loves the video game Fortnite. He also is a cancer survivor, having been diagnosed at the age of 3 with stage four neuroblastoma.

Coordinator George Komar said the dinner, which was free to survivors, had 68 reservations.

This was the first year for the dinner.

Coordinator Toni Moreland said the committee always is looking for new ways to celebrate and this year members decided to focus on the survivors, while still honoring those who lost their fight.

“We don’t want to forget to remember those we lost, but we wanted to focus on the survivors this year,” she said. “That is why the survivors don’t have to pay for the race. We want this to be a celebration of life.”

Wyatt is testament to that celebration.

His mother, Angie, recalled the many trips to the emergency room, doctors visits and urgent care before Wyatt was finally diagnosed.

“It is your worst nightmare,” she said.

She said they found that the cancer was all through Wyatt’s body. She said there was a tumor on his adrenal gland, cancer in his bone marrow and his lymph nodes.

Neuroblastoma is a rare type of cancerous tumor that almost always affects children.

Wyatt had to have a radiation treatments, immunotherapy and a autologous bone marrow transplant, where his own cells were taken out treated with chemotherapy and then put back into the bloodstream.

All Wyatt said he really remembers about that time in his life and playing and “sleepy time”, when he was given anesthesia.

“I remember racing my monster trucks and cars (on the hospital bed),” he said.

The dinner started with a welcome from Komar and Moreland and then the invocation given by the Rev. Tyler Bayless of First Presbyterian church of Toronto.

After Dickinson’s presentation, the group took a moment to recognize all the survivors celebrating with them.

The ninth-annual Campbell-Dickinson 5K Run, Bike, Walk event will be held Saturday. The 5K race beginning at 10 a.m. The Noah Long Kids Fun 1K for children will begin at 11 a.m., the bicycle ride at 11:40 a.m. and the 5K walk at 11:45 a.m. Activities will include a St. Baldrick’s Shave-Off.