Police asking for help after Tuesday bank robbery in city 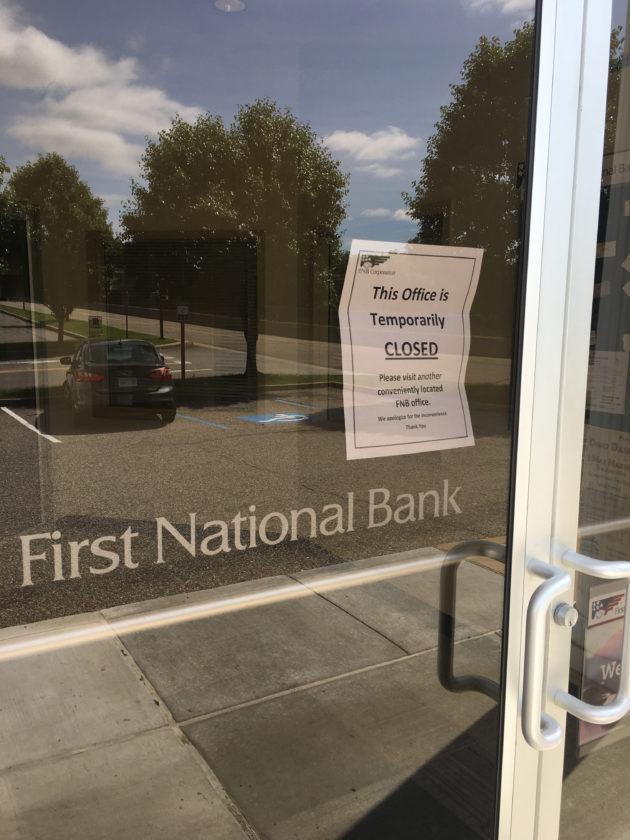 BANK ROBBED — Steubenville Police are investigating the robbery of the First National Bank at the Hollywood City Center around 10:15 a.m. on Tuesday. The robber claimed he had a gun but never showed it, police reported. -- Amy Neeley

STEUBENVILLE — City Police are asking businesses in and around the Hollywood City Center to check security cameras for any images of a man who robbed the First National Bank branch on Tuesday morning.

Police reported the alarm call came from the bank at 10:15 a.m.

Police described the robber as a white, heavy set male in his 50s, with salt-and-pepper hair and a ponytail. He was wearing a black shirt with a skull and wrenches on the shirt, police said.

Police Chief William McCafferty said the robber had a mask over his face and claimed to have a gun, but nobody saw it.

The robber escaped on foot with an undisclosed amount of money.

City detectives were at the bank shortly after the robbery. The bank temporarily closed, as the robbery was being investigated.

McCafferty asked owners of businesses in and around the Hollywood City Center to look at outside cameras from between 10 a.m. and 11 a.m. on Tuesday to determine if the robber can be seen.