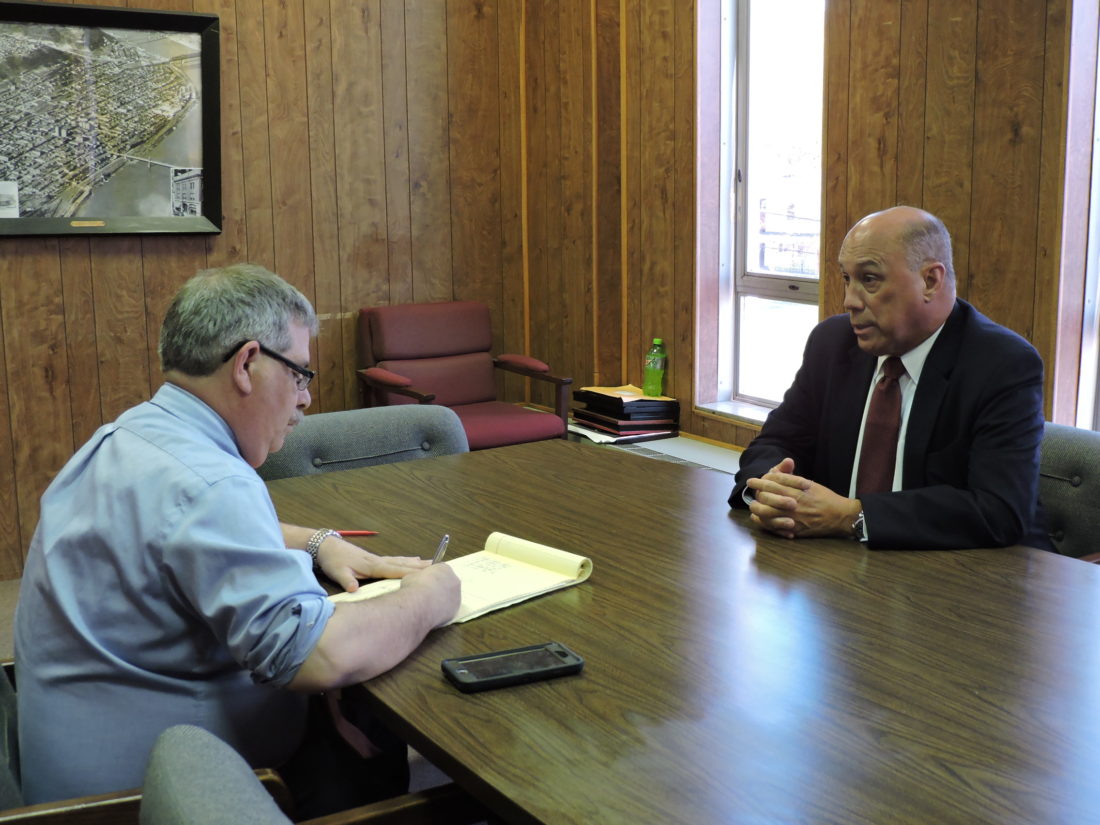 STEUBENVILLE — Residents of the Tri-State Area will lose an opportunity to learn about how our nation gathers intelligence if they don’t hear Michael Hayden speak on April 27.

“To have a four-star general who has had the career that he’s had taking the time to come in here for the speaker series is important,” Mavromatis said. “I would say to anyone who cares about our government, this is a gentleman you should listen to and hear what he has to say.”

Hayden, who served as director of the National Security and Central Intelligence agencies during his more than 40-year Air Force career, will discuss the changes he has seen in that profession when he takes the stage at Catholic Central High School’s Lanman Hall as part of the Trinity Health System Presents the Herald-Star Speaker Series.

Intelligence is a field Mavromatis knows a great deal about. Before returning to his hometown and becoming Steubenville’s city manager, he served with the Drug Enforcement Administration, spending more than six years in the intelligence division.

“You clearly see a picture of what the need is for intelligence,” Mavromatis said. “It’s a double-edged sword — sometimes you have double agents, and they roll over to the other side. Greed is usually the No. 1 thing that brings them over — it’s the money. But, again, you can’t match that up with someone who is loyal to his country. You get your best, hard-core intelligence when you have them imbedded in the different areas that you need to go.”

Mavromatis said he enjoyed reading Hayden’s memoir, “Playing to the Edge: American Intelligence in the Age of Terror.” He pointed to Page 167 of the book, which was on the New York Times bestseller list for a large portion of 2016. Hayden writes that he told John Negroponte, who would serve as the first director of national intelligence, that the 16 agencies that comprise the American intelligence community could be broken into five tiers, with the Army, Navy, Air Force, Marines and Coast Guard in the lowest level.

“The next tier was different,” Hayden writes. “They were all small, but they did things for him that nobody else could do. … The Drug Enforcement Administration’s human intelligence skills were second to none, and there was a growing nexus between drugs and other intelligence targets.”

It’s an important passage, Mavromatis said, because it shows the value of the work that is done in the field.

“Everybody wanted our intelligence,” Mavromatis said about the DEA. “Why? Because drug trafficking is a source of income for terrorist organizations. Good, bad or indifferent, they need money, and the quick revenue source to get it is in dealing drugs.”

A native Pittsburgher, Hayden earned his bachelor’s and master’s degrees at Duquesne University and received his commission through the University of Pittsburgh’s Air Force Reserve Officers Training Corps. He entered active military service in 1969, and began his career in intelligence in January 1970, when he served as an analyst at the headquarters of the Strategic Air Command at Offut Air Force Base in Nebraska.

It was during Hayden’s time as head of the NSA that Mavromatis had the opportunity meet him.

“We had an employee who was assigned to the El Paso Intelligence Center, and he came for a visit and that’s when I first met him,” Mavromatis explained. “They were invaluable to what we needed at our center there, and it worked both ways. It was clear intelligence sharing — being located right next to the U.S.-Mexico border, we were continually developing intelligence information involving Mexican criminals.”

Intelligence, Mavromatis says, is the key component in the battle against crime, but how that information is gathered can lead to questions.

“Again, this is something that is faced by everybody — this is a national concern,” he added. “The biggest thing out there is this information. Part of the problem is that it’s easy to say things. Should we be, what’s the phrase, spying on you as citizens? Well, clearly it’s illegal based on our laws, I understand that. But you have to weigh in the fact that we have mechanisms in place to utilize certain things to gather intelligence. And, FISA warrants have been a good segue to get in there.”

Those warrants are issued under the Federal Intelligence Surveillance Act. According to the Washington Post, the judges who rule on FISA requests oversee the nation’s most sensitive national security cases, and their warrants are some of the most closely guarded secrets in the world of U.S. law enforcement and intelligence gathering. FISA applications have to be approved at the highest levels of the Justice Department and the FBI, the Post explains.

“What the U.S. population doesn’t understand is the number of cells that are in our country,” Mavromatis said. “They have been in here for years. The public doesn’t understand the criminal foe we are going after. These are individuals who are committed to die for their cause. And when you have that, that’s an extreme enemy that you have to go after. That’s why you should be able to use every tool in our book to accomplish what we need to. If our goal is to protect our nation, then we should use every key in our box to do that and to unlock that.”

Which means attempts to balance the liberties we enjoy as Americans with security and intelligence work can be tough to navigate, Mavromatis said.

“You have a lot of liberals who say, ‘Well, it infringes on our rights.’ I can tell you right now, we do not have the technology or the manpower to eavesdrop on everbody’s cell or home phone. There’s usually something that sends us in a direction and tells us why we need to listen or follow or surveil.

“Again, intelligence plays a key role today more than ever,” he added. ” What a lot of the U.S. population doesn’t know are the threats our government has thwarted. And, most likely, they shouldn’t know this. If they did … when you see how people are right now with the state of mind where we’re at as a nation … if you throw all of that into the mix, they wouldn’t want to leave their homes.”

Those concerns can make a tough job even more difficult, he said.

“We are the good guys, we play by the rules and we have to be right,” Mavromatis said. “There is no room for error, and that is where intelligence comes into play. You can have information from a multitude of sources or means, but you still have to verify that. I wish I could tell you that we have a playbook that is absolutely correct — it isn’t. A lot of times you have to make up the plays as you’re going based on the information that’s given to you.”

Joining Trinity and the Herald-Star and The Weirton Daily Times to sponsor the speaker series are Cattrell Cos. Inc., Eastern Gateway Community College, the Franciscan University of Steubenville, EZtoUse.com, the Jefferson County Chamber of Commerce and WTRF-TV.

Hayden’s presentation will start at 7:30 p.m. on April 27. Reserved seat tickets are $20 each and are available by visiting heraldstaronline.com; at the Herald-Star office, 401 Herald Square; or by contacting Diana Brown at (740) 283-4711 during regular business hours. All tickets will cost $25 if purchased at the auditorium the night of the presentation.

VIP ticket packages are available at a cost of $150 for two tickets and $100 for a single ticket. The package includes admission to a private reception with Hayden that will run from 5 p.m. to 6:45 p.m. at Catholic Central High School; hors d’oeuvres and beverages; the opportunity to meet Hayden and have a photograph taken with him; a copy of “Playing to the Edge”; a pass for reserved parking at the high school; and special seating for the presentation. Contact Cindy Kotsch at (740) 283-4711 for information.

A preferred seating option priced at $50 per ticket is available. The package includes a paperback copy of “Playing to the Edge,” special seating and the opportunity to be among the first people to meet Hayden after the presentation. Contact Kotsch for details.

Area students will be able to attend the presentation at no charge, thanks to the Cattrell sponsorship. School administrators throughout the region have been contacted with the details about how students can obtain tickets. For information, check with school officials or contact Brown at the Herald-Star at (740) 283-4711. 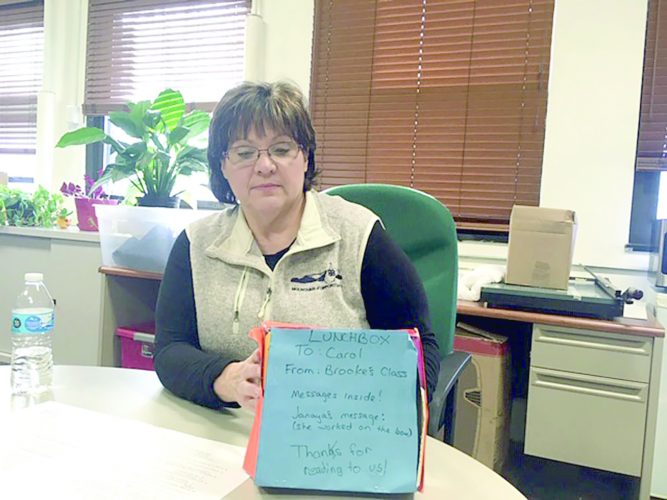 WEST LIBERTY — Best-selling author, historian and social commentator Sarah Vowell will be the guest lecturer at ... 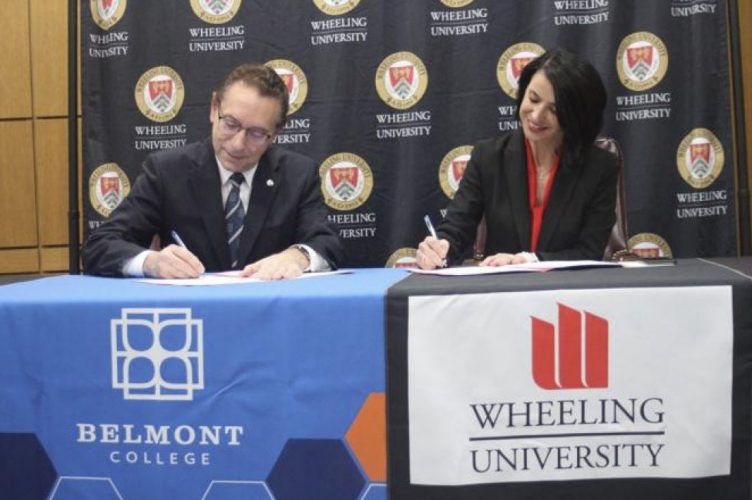 Water around open and closed landfills to be tested