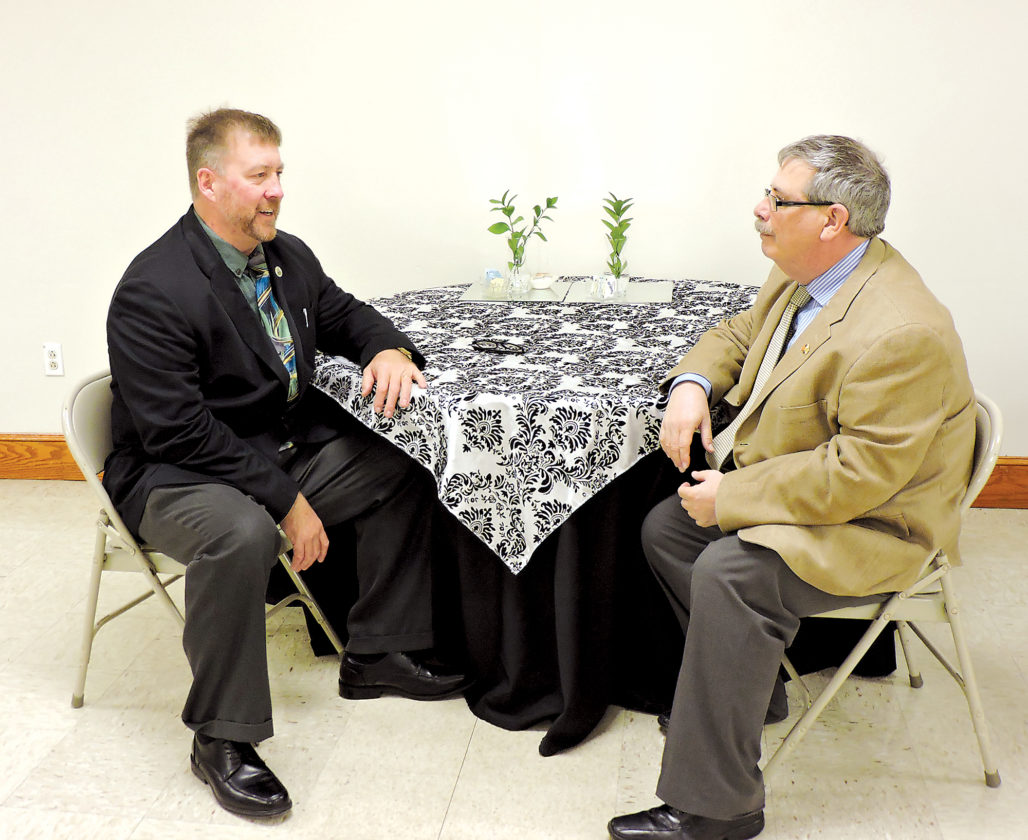 STEUBENVILLE — With our world facing an ever-growing series of threats and challenges that seem to change on a daily basis, it’s important to hear from someone who is able to put the situation into perspective.

Tri-State Area residents will have the chance to do just that on April 27, when the Trinity Health System Presents the Herald-Star Speaker Series continues.

The presentation will feature retired Air Force Gen. Michael Hayden, who is in a unique position to discuss world events, what they mean for us now and what they could mean for the future. Hayden had a more than 40-year career in the intelligence, along the way earning four stars and becoming the only person to head the National Security and Central Intelligence agencies.

Hayden’s 7:30 p.m. talk at Catholic Central High School will be the eighth in a series that began in November 2012. A big part of the reason for the continuing success of the series has been the support of local businesses and institutions, including the Franciscan University of Steubenville, an inaugural sponsor.

“The university is proud to partner with the Herald-Star and other area businesses to sponsor the appearance of Gen. Hayden in the speaker series,” said Mike Florak, executive director of community relations at the school.

A goal of the series since its inception has been to bring quality programs to our community at a price that is affordable. The series continues to meet that simple test — Hayden’s experience and expertise make him a much-sought-after speaker and commentator on intelligence and security issues, and a reserved seat to the presentation costs $20.

“It is important to us to help the local community in any we can, and having programs like the speaker series gives people in the surrounding area the chance to experience quality programs that those who live in many other communities do not,” Florak said. “We look forward to another great event at Catholic Central High School.”

Joining the university, Trinity and the Herald-Star and The Weirton Daily Times to present the series are Cattrell Cos. Inc., Eastern Gateway Community College, EZtoUse.com, the Jefferson County Chamber of Commerce and WTRF-TV.

Hayden, a Pittsburgh native, has been at the forefront of cyber security, government surveillance and geopolitical issues. He has worked his way through and around domestic politics, serving as head of the NSA under Presidents Bill Clinton and George W. Bush and as head of the CIA under Bush and President Barack Obama.

He’s seen how rapid changes in technology have affected how intelligence is gathered and shared, especially since the attacks of Sept. 11, 2001.

All of that has been accomplished with a simple attitude — no apologies, no excuses, a philosophy that is outlined in his best-selling book, “Playing to the Edge: American Intelligence in the Age of Terror.”

Now a principal in the Chertoff Group, a security consultancy founded by former Homeland Security Secretary Michael Chertoff, and a distinguished visiting professor at the George Mason University School of Policy, Government and International Affairs, Hayden’s still outspoken when it comes to world events.

That includes April 4’s deadly chemical attack on the rebel-held town of Khan Sheikhoun in Syria, which has been blamed on the government of Bashar Assad and the U.S. response — an attack using 59 Tomahawk cruise missiles which destroyed 20 airplanes and damaged the Hayrat air base where it is believed the chemical attack was launched from.

“Beyond reacting to an atrocity, what we demonstrated to Assad was that we have the means to destroy his battlefield leverage,” Hayden told CNN’s Anderson Cooper on April 7.

He added the United States can’t let those recent actions allow it to lose sight of its most important mission in Syria — to destroy the Islamic State.

“As sad as this is, we have to park the Assad problem over here. Just let it sit, while we then go solve what we think is the more high-priority problem, which is ISIS,” he told Cooper.

Hayden also has questions about the charge leveled by the Trump administration that Susan Rice might have committed a crime by unmasking the names of Trump associates who were part of an incidental data collection. Rice served as the national security adviser from 2013-17 in the Obama administration.

“It’s very unusual for a sitting American president to level such a charge,” Hayden said to Wolf Blitzer while appearing on CNN’s “The Situation Room” on April 4. “Look, Wolf, I can’t read into Susan Rice’s heart, and any legitimate authority can be abused, all right, but on its face what I know about the Susan Rice unmasking story, what has gone on here was lawful, appropriate and –here’s the punch line — pretty routine, not exceptional.”

Reserved seat tickets for Hayden’s presentation are available by visiting heraldstaronline.com; at the Herald-Star office, 401 Herald Square; or by contacting Diana Brown at (740) 283-4711 during regular business hours. All tickets will cost $25 if purchased at the auditorium the night of the presentation.

VIP ticket packages are available at a cost of $150 for two tickets and $100 for a single ticket. The package includes admission to a private reception with Hayden that will run from 5 p.m. to 6:45 p.m. at Catholic Central High School; hors d’oeuvres and beverages; the opportunity to meet Hayden and have a photograph taken with him; a copy of “Playing to the Edge”; a pass for reserved parking at the high school; and special seating for the presentation. Contact Cindy Kotsch at (740) 283-4711 for information.

There is a preferred seating option. Priced at $50 per ticket, the package includes a paperback copy of “Playing to the Edge,” special seating and the opportunity to be among the first people to meet Hayden after the presentation. Contact Kotsch for details.

Area students will be able to attend the presentation at no charge, thanks to the Cattrell sponsorship. School administrators throughout the region have been contacted with the details about how students can obtain tickets. For information, check with school officials or contact Brown at the Herald-Star at (740) 283-4711.

FOLLANSBEE — A Republican candidate for governor said, if elected, he will push for administrative cuts to the ...

COLUMBUS — Two Ohio State University football players were kicked off the team Wednesday after being charged with ... 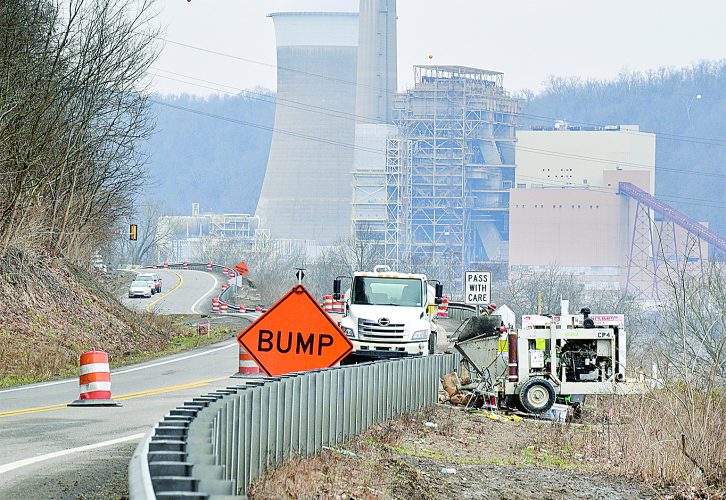 WELLSBURG — The Brooke County Commission on Wednesday released details of a proposed levy for the county’s ... 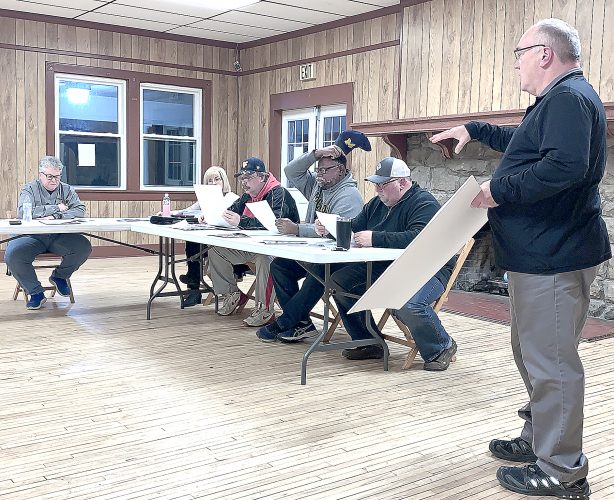 Future of Steubenville’s Jim Wood Park remains up for discussion