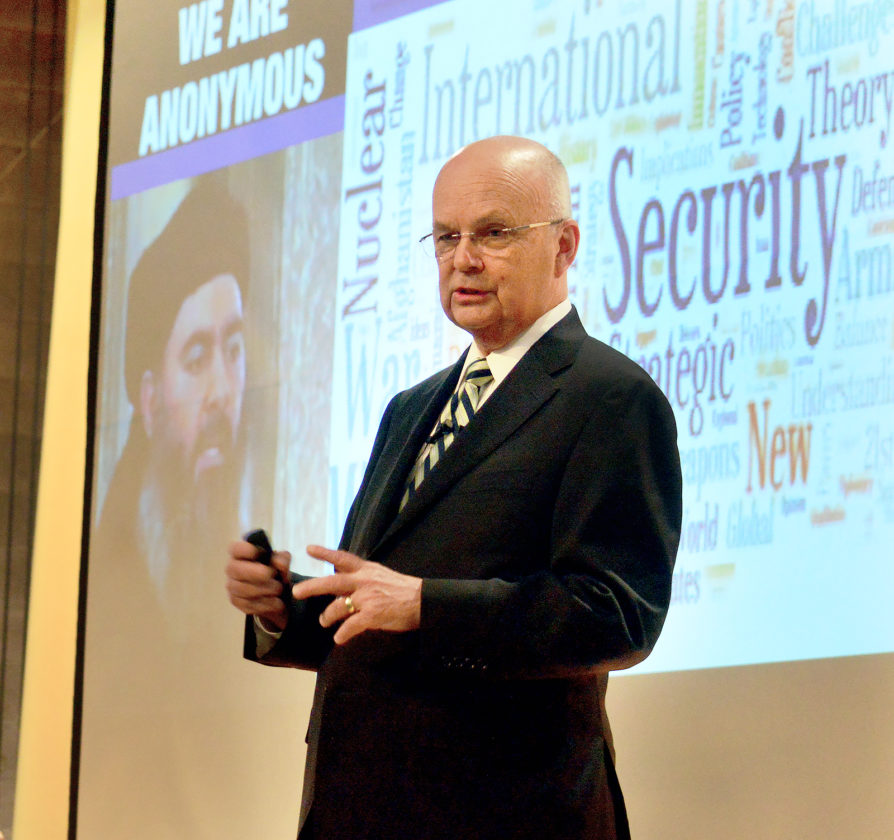 STEUBENVILLE — The former director of the National Security and Central Intelligence agencies described Russia and its leaders as someone who can’t sit at the big boys’ table.

“So, every night Putin sneaks over and saws off a little bit of the legs on the big boys’ table so it gets smaller and closer to the small boys’ table and he can bring his chair over and sit at the big boys’ table,” described retired Air Force Gen. Michael Hayden during the Trinity Health System Presents the Herald-Star Speaker Series Thursday night at Catholic Central High School.

Hayden shared his thoughts with a crowd that remained silent through his 45-minute presentation.

“The Russians have propped up a dictator in Syria, influenced the American voting process in last year’s presidential election, influenced the recent French elections. I don’t think there are any areas in the world where American and Russian interests overlap.

“The Russian economy is more and more under state control. They are running out of democracy,” said Hayden.

“Syria is like a big fur ball. If we go to work and push down the one spike, the other spikes will go up. When something happens over there, then something goes bump in the Ohio Valley,” said Hayden.

Hayden was the featured speaker following a performance by the Catholic Central High School steel drum band and the singing of the national anthem by Spinning Jenny.

Joe Tasse, the interim chief executive officer at Trinity Health System, said there are some things “we don’t understand in this country about the Middle East. Sometimes we take the four freedoms declared by President Franklin D. Roosevelt too much for granted. The general and his team make those freedoms possible.”

And, Ross Gallabrese, executive editor of the Herald-Star and The Weirton Daily Times, thanked retired Herald-Star Publisher Alex Marshall and former Jefferson County Chamber of Commerce President Sue Hershey for serving as the driving force to start the speaker series in 2012.

“I am old enough to remember getting in the car, driving downtown in the car, getting out of the car and walking into the bank to get some money. I remember when you went to a professional to look at houses for sale. I am old enough to remember when there were only two nations that could take pictures in space. I never lost any sleep over a fanatic living in a cave in Afghanistan. But in this new world we can be harmed by groups, gangs and individuals,” Hayden explained.

“Most of the things that will bump tonight will be provided by a sub-state, group, gang or individual. I can tell you things that seemed permanent are proving not to be. As bad as you think it has been since World War II, it has actually been better. We are seeing a melting down of post World War II American order,” continued Hayden.

Hayden, a native of Pittsburgh, at times sounded like a college professor speaking in front of a world history class.

“The North Koreans will have a reasonable chance of sending a nuclear weapon, that can reach Seattle, in three to five years. But it won’t probably be a high percentage shot. Russia is trending nuclear again. Iran is now a permanent nuclear threshold state. Pakistan is becoming more anti-American, more fundamental Islamic and closer to nuclear power in less stable hands,” cited Hayden.

“The next tectonic level is the rise of China. China is not an enemy of the United States. They will be competitive and occasionally confrontational. They have moved 400 million people into a middle class status in a generation. China will soon be demographically older than the United States because of their one-child policy. They now have 1.4 billion people and a globalized labor shortage and horrible pollution. There is no reason for these guys to be our enemy,” remarked Hayden.

Hayden concluded his talk with a look at recent U.S. presidents, including the man who appointed him to key positions in the intelligence community.

“George W. Bush was very idealistic. Obama’s guys had a terrible time making a decision. Trump is a Jacksonian with suspicions about the outside world and he will use force to beat it back,” added Hayden.

During the question-and-answer period, Hayden described members of the American intelligence community “as the same as you. They share your values.”

“My secret world ended eight years ago. I have been told America is messing with the Korean missile program. But in the CIA we would do it in a way where the North Koreans would blame themselves and make it look like it was their fault. If we did it well we would never know we did it,” said Hayden.

He was questioned about intelligence-based television shows and movies.

“I have watched ‘Homeland’ and a lot of people in the community like it. But it is hardly true at all. Using a cell phone at CIA headquarters would get you pushed into a wall. ‘Zero Dark 30’ was artistically correct but not factually correct,” concluded Hayden.

Joining Trinity and the Herald-Star and The Weirton Daily Times to sponsor Thursday’s presentation were Franciscan University of Steubenville, Eastern Gateway Community College, Cattrell Cos. Inc., EZtoUse.com, the Jefferson County Chamber of Commerce and WTRF-TV.

Another VA death has been deemed as suspicious

PARKERSBURG — An 89-year-old man is the seventh apparent victim at the Louis A. Johnson VA Medical Center where ...

WELLSBURG — Brooke County school officials said Monday they expect some difficult decisions as they contend with ... 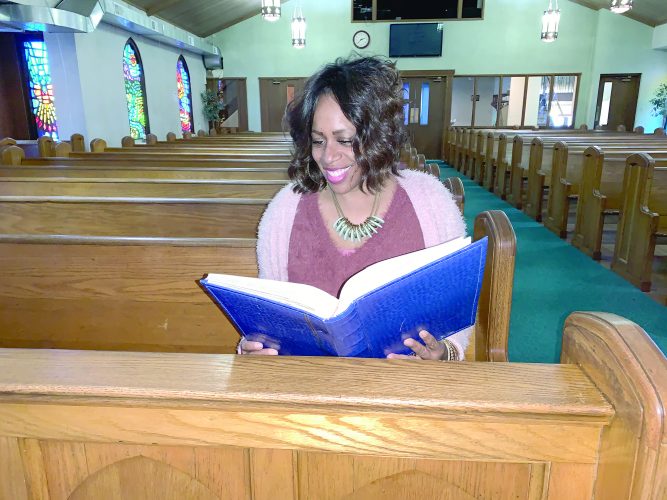