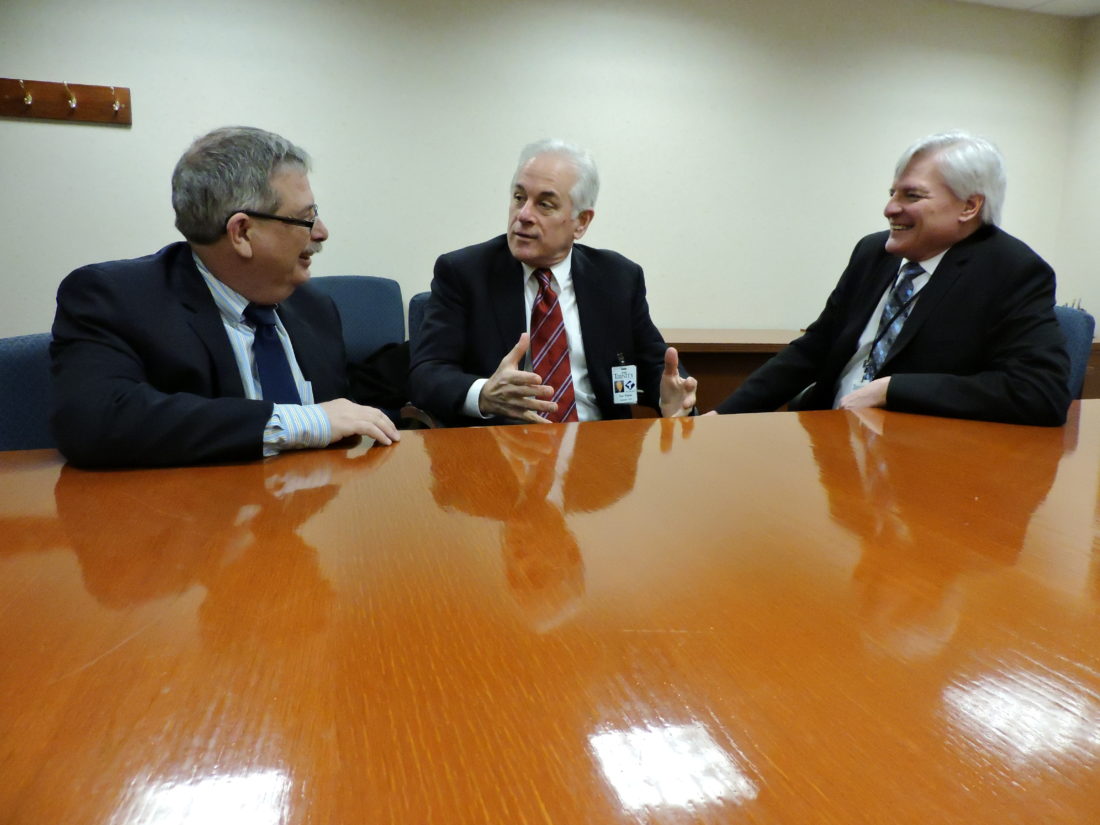 STEUBENVILLE — One of the goals of Trinity Health System is to help to improve the quality of life for residents of the Tri-State Area.

That’s why it’s fitting that officials with the local health care provider have decided to become the presenting sponsor of the Herald-Star Speaker Series.

“This is a great thing for the community,” Trinity’s interim CEO Joe Tasse said while discussing the series Wednesday. “It’s great that we’re able to present the arts in the same way major cities do.”

“We’re happy to have Trinity as the presenting sponsor,” said Ross Gallabrese, executive editor of the Herald-Star and The Weirton Daily Times. “Their added support will help to ensure that the series can continue to meet its simple mission of bringing quality speakers to our community while keeping the cost to attend affordable.”

Hayden, who served as director of the Central Intelligence and National Security agencies during his more-than-40 year career, is scheduled to speak at 7:30 p.m. in Lanman Hall at Catholic Central High School. It will be the eighth presentation in a series that started on Nov. 14, 2012.

“We’ve been involved since the beginning,” said Keith Murdock, director of community relations and development at Trinity. “We’ve had some impressive speakers who have had some interesting things to say.”

Tasse said one of the most important aspects of the series is the education component. It’s great to have the opportunity to be able to learn from firsthand accounts of events that have helped to change the world and to hear about them from different perspectives, he explained.