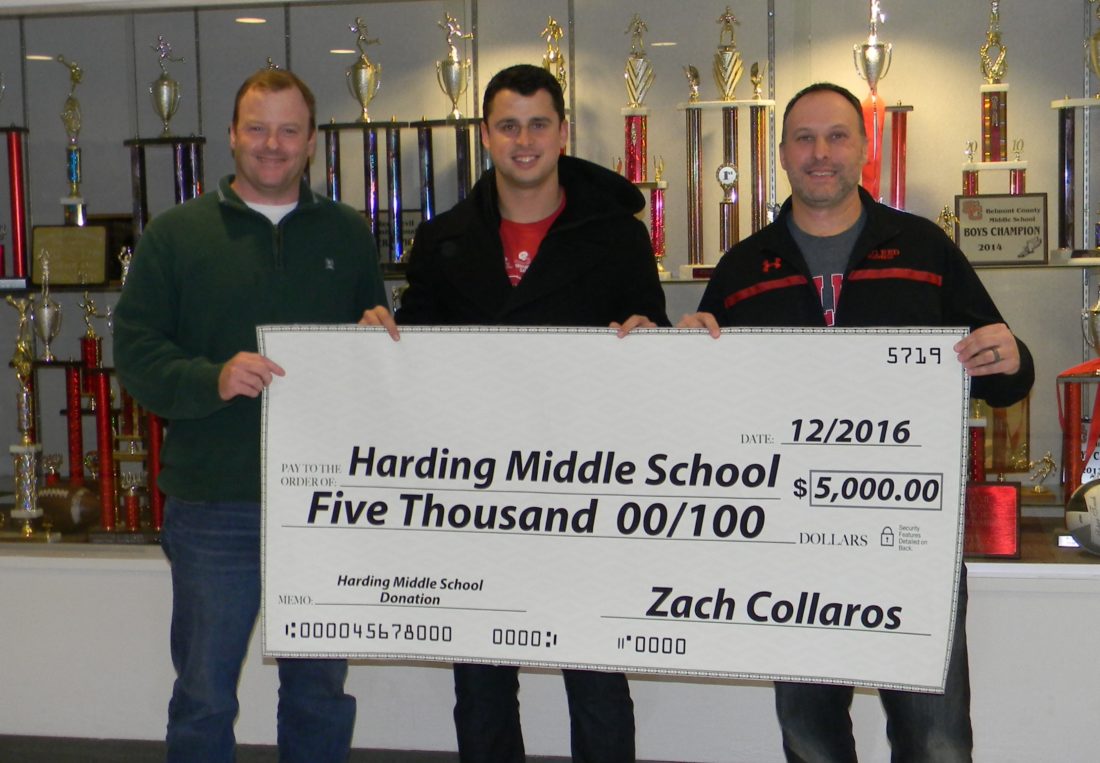 Harding Middle School received an early Christmas gift from one of its alumni recently during a basketball game. Zach Collaros, center, quarterback for the Hamilton Tiger-Cats of the Canadian Football League, presented the school with a check for $5,000 from his foundation. Collaros, a 2007 graduate of Steubenville High School, organized the Zach Collaros Foundation along with hometown friends Jeff Bruzzese, Mike DiCarlontonio and Sam Busic. The inaugural foundation event was a golf outing on Aug. 6 at Steubenville Country Club. Bryan Mills, assistant principal at Harding Middle School, said the money will be used in various ways benefit the pupils at Harding. “A supply closet will be established in the building to pass out backpacks that contain either school supplies, hygiene products and cold weather accessories like gloves, hats and scarfs.” With Collaros is Jeff Bruzzese, left, and Mills. — Contributed