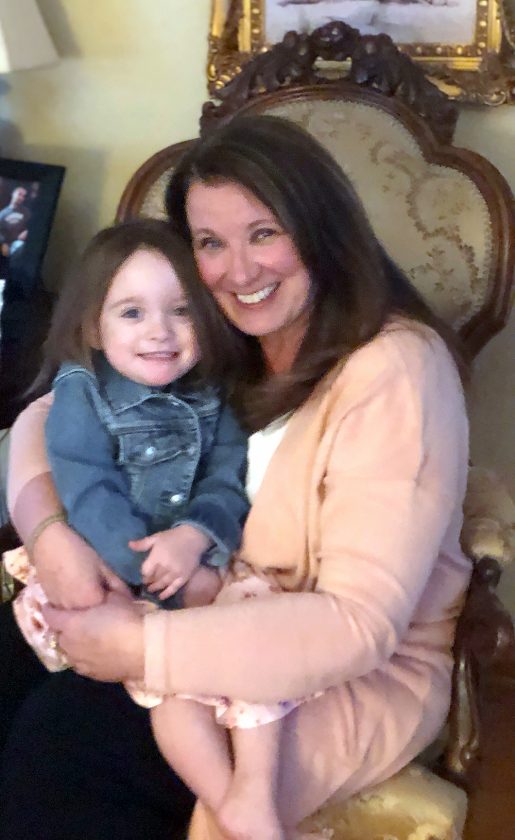 PITTSBURGH — During her years of faithfully getting annual mammograms, it wasn’t uncommon for Patti Mannarino of Mingo Junction to get a call-back for some additional testing. But on that day in November 2021 when the radiologist called her and said he had seen something out of the ordinary and would need to do a biopsy, Mannarino knew in her gut what was coming.

It was breast cancer. “Like everyone, I had my meltdown,” she said. And then she got to work doing research.

The news was mostly good for the Jefferson County resident who resides with her husband, Francis. The cancer had not spread, and it was unlikely she would need chemotherapy following surgery.

But the idea of radiation treatments worried Mannarino. The tumor was near her heart, and with heart disease in her family, she did not want to expose her heart to unnecessary radiation. She also had seen some scary photos online of bad cosmetic outcomes.

In her research, she found out about an innovative new technology called GammaPod, which looked like the answer to all her concerns. Better yet, she said, it was coming to Allegheny Health Network, less than an hour’s drive from her home.

GammaPod is the world’s first radiation device specifically designed for the treatment of breast cancer, according to a news release from AHN. “It delivers high doses of targeted radiation to the tumor, while sparing the surrounding uninvolved breast tissue and nearby critical organs, such as the heart and lungs. Additionally, it allows radiation treatment to be completed in as little as one to five sessions, while traditional courses of breast radiation take four to six weeks of daily treatments. The lower radiation dose to surrounding structures may be associated with fewer side effects and a better cosmetic outcome,” the release reads.

GammaPod is available at only two other centers nationwide, and AHN is the first health system in Pennsylvania to offer the groundbreaking treatment to its patients.

“We are thrilled to provide this highly advanced treatment option for early-stage breast cancer,” said radiation oncologist Dr. Mark Trombetta, director of clinical oncology programs, radiation oncologist and researcher at AHN Cancer Institute. “Our goal is to always treat patients as effectively and safely as possible, returning them to a good quality of life as soon as we can. GammaPod lets us do that effectively for early-stage breast cancer patients.”

Mannarino was AHN’s first patient treated with GammaPod, which is located at AHN Cancer Institute’s hub at Allegheny General Hospital. She had been prepared to travel to Baltimore — the next closest location where a GammaPod is available — for the treatment, but AHN’s GammaPod was ready just in time.

Patients lie on a table. and the breast is gently held in place by a cup. The stereotactic radiotherapy system, creates thousands of beam angles while the patient lies comfortably still. The individual beams converge to create an intense focal spot, delivering the full dose to the tumor target and sparing normal tissue.

The GammaPod treatment planning system uses sophisticated calculations to create a dynamic travel path for the delivery of the prescribed dose of radiation and provides clinicians with tools for quickly creating a new treatment plan each day.

Patients can listen to music during treatment, and Mannarino said the treatments lasted about “three songs.” A former dance teacher, she choreographed routines to go with the tunes to keep her mind occupied.

“When treating cancer patients with radiation, it’s important to make those treatments as convenient, safe and comfortable as possible,” Trombetta said. “Four to six weeks is a long time to come for daily treatment, particularly for patients who live in rural areas, who do not have easy access to transportation or who might experience side effects. With GammaPod, patients have fewer treatments and less side effects than long-course treatment.”

Good candidates for GammaPod treatment include women with early stage breast cancer, ages 50 or older, and those who are eligible for lumpectomy. Women should discuss with their physicians whether GammaPod is an appropriate option for their treatment.

“AHN Cancer Institute physicians have always been at the forefront of pioneering innovations in radiation oncology, such as GammaPod, that improve patient outcomes and quality of life,” said Dr. David L. Bartlett, chair, AHN Cancer Institute. “Most importantly, our physicians combine these state-of-the-art capabilities with compassionate, team-based, coordinated care that guides patients through their cancer journeys and beyond.”

Mannarino is now looking forward to returning to her work doing home health physical therapy and to helping babysit her granddaughter, 2-year-old Brielle Pellick. She’s sharing her breast cancer story and has even nudged a few friends who had been skipping their mammograms into returning for the annual test.

Mannarino noted she returns often to a phrase she repeated to herself as she researched options and as she lay prone for her GammaPod treatments: “I’m embracing this and I’m conquering it.”

Hard-won rights suffer a setback for some women