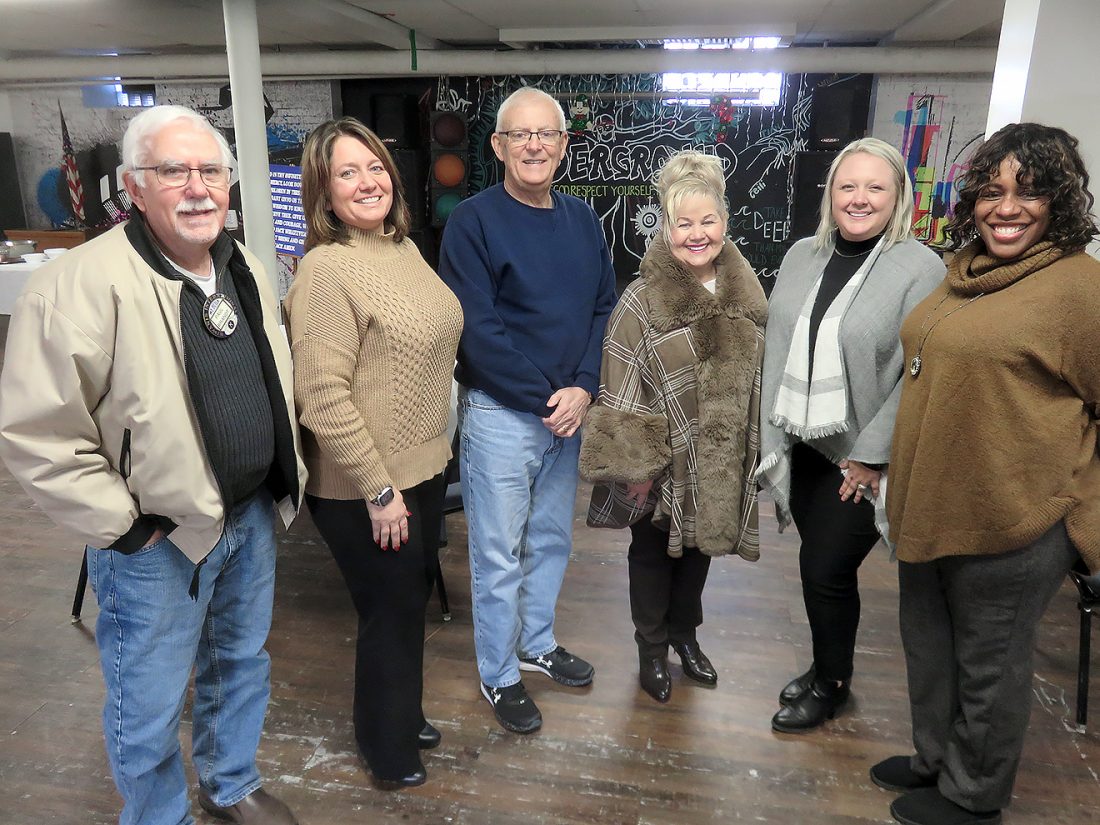 IT’S BACK! — Looking forward to the return of the Steubenville Kiwanis Club’s Trivia Night fundraiser, which will be held March 12 beginning at 7 p.m. in the Commons area of Steubenville High School, are club members, from left, Paul Brandt, who will serve as a judge, club President Melissa Greco, event Chairman Tom Timmons, Chinese auction chair Phyllis Riccadonna, Kate Sedgmer and Cookie West. The fundraiser has not been held during the past two years because of the pandemic. -- Janice Kiaski

STEUBENVILLE — And now for some trivia connected to the Trivia Night fundraiser organized by the Steubenville Kiwanis Club.

– Members are excited that it’s making a comeback on the club calendar.

Club members have begun planning for what will be the 10th-annual Trivia Night competition and hope to welcome returning contenders while recruiting newbies as well.

The event for participants of all ages will be held March 12 in the Commons area at Steubenville High School, beginning at 7 p.m. Doors open at 6 p.m.

“We missed two years in a row because of COVID,” noted Tom Timmons, who continues his duties as event chairman.

Sue Busler, Timmons’ sister, will return to serve as event emcee. Busler hails from Maryville, Ill., just outside St. Louis, and brought the idea for such a fundraiser to the area through her sibling.

Teams must bring their own snacks. The deadline to register is March 7. To sign up, contact Timmons by phone at (740) 314-9574 or by e-mail at timmons@wesbanco.com.

There will be 10 categories with 10 questions per category as part of the event that offers participants an opportunity to “test your knowledge in a fun, fast-paced trivia competition.”

All ages are welcome — from students to seniors with the bottom line being the fundraiser is for whoever likes trivia, Timmons commented.

Phyllis Riccadonna is in charge of the Chinese auction which will feature a variety of items. Donations for it are welcomed. Questions can be directed to Riccadonna at (740) 317-3868 or phyllisr66@aol.com.

“If people want to donate items, that would be great,” she said.

“We will have a couple of breaks throughout, but it moves quickly,” he said of the competition.

The club welcomes people who would like to just come and watch and support the cause, for example, through purchasing Chinese auction tickets.

They can’t, however, mingle and interact with the teams during play.

“I think people have a great time doing it. People come and they enjoy getting together as a team and trying to figure out the answer to the questions,” Timmons said.

Added Riccadonna, “We come there and everybody is laughing and having a good time and then when the competition starts, it becomes one serious, a very serious competition.”

Details of the Trivia Night were mentioned at the club’s Jan. 11 meeting held at the Sycamore Youth Center where club President Melissa Greco presided. It included a program by Alan Hall, director emeritus of the Public Library of Steubenville and Jefferson County, whose presentation was on the Hub of Steubenville.

Mike Gray, library director, is the January program chair. Tuesday’s speaker for the noon luncheon and business meeting will be Michelle Gross, the library’s assistant director, whose topic will be genealogy and the Ohio room at the Schiappa Branch.

Golden Bears still hopeful for title after split on Day 1

Madonna falls in Game 3 of regional