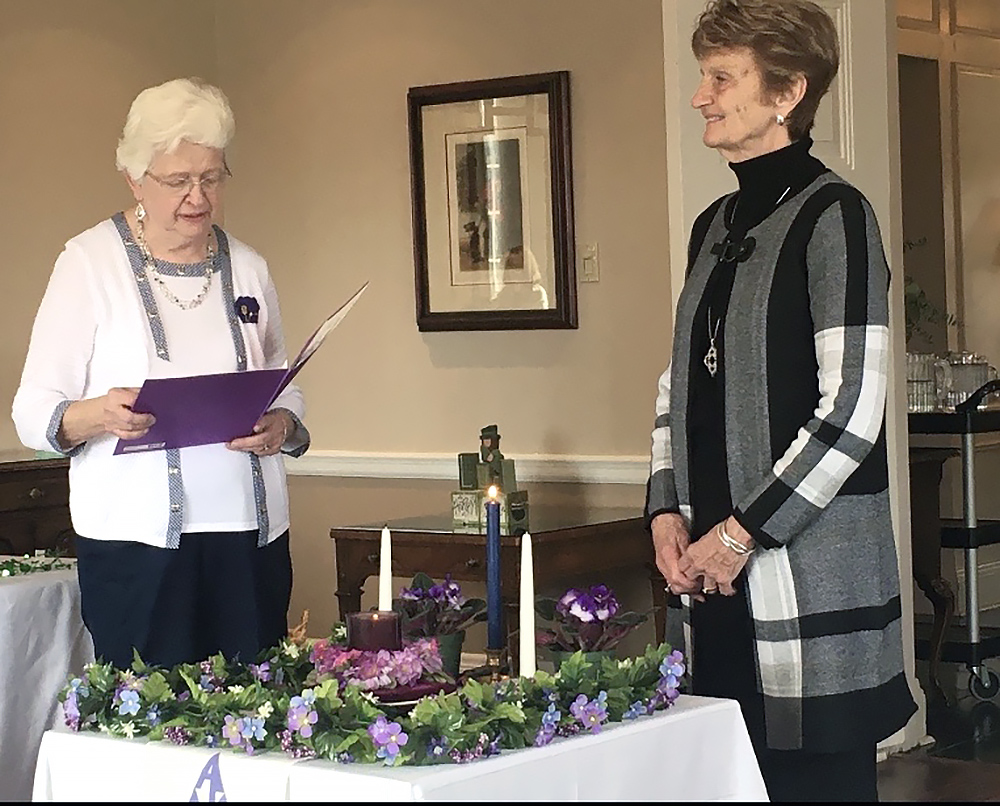 Birthdays for January, February and March were acknowledged.

DeFilippo lit a candle in honor of the chapter’s birthday and spoke briefly about the formation of WV Fidelis Gamma Chapter, which was chartered 30 years ago. More history of the chapter will be given during Alpha Delta Kappa Month.

Chaplain Lisa Subrick read the thought for the day titled “Are you Listening”? from the book “Each Day is a Gift.”

Secretary Bonnie Queses read the minutes and correspondence, and Treasurer Carolyn Allison gave the treasurer’s report. Nancy Conley gave the Altruistic report as she continues to distribute magazines, coloring books and crayons to Weirton Medical Center. Liz Pugh gave a report on the scholarship which will be presented this spring.

DeFilippo paid recognition to President-Elect Janet Benzo, who was recognized and featured in “The Catholic Spirit,” a newspaper serving the Wheeling-Charleston Diocese. Benzo is assisted by Fidelis Gamma Sister Nancy Deters in the Friday Friends Program. The two provide weekend meals through St. Anthony’s Church for students in Brooke Intermediate North School.

Allison presented the new slate of officers for the 2020-22 biennium. They will be installed at the April meeting.

DeFilippo reinstated Donna Durkin as a member of Alpha Delta Kappa with sisters welcoming her to the Fidelis Gamma Chapter. DeFilippo also conducted a service to recognize Liz Pugh as a Sapphire Sister with 35 years of service to Alpha Delta Kappa. She presented both with an African violet.

The Southeast Region Conference is scheduled to be held July 6-9 in Wilmington, N.C., which members were encouraged to attend what was described as a “great experience.”

The next meeting is scheduled for April 2. Subrick and Allison will serve as hostesses.