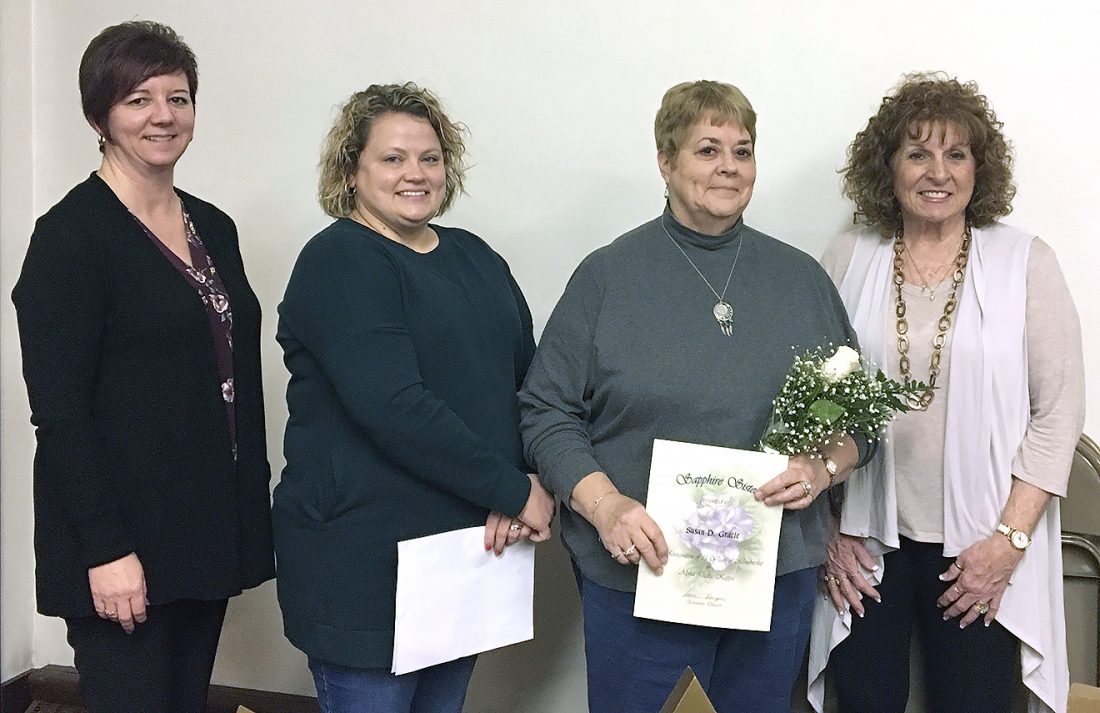 Chaplain Kathy Griffith gave a reading on St. Patrick’s Day facts. Roll call was taken and minutes were approved as distributed. Treasurer Fran Jones gave the financial report, discussed the scholarship fundraiser and announced the total for the funds raised at the February meeting, which was donated to Cystic Fibrosis. Committee reports were given. Delegates were elected for the state convention.

A Sapphire Sister ceremony was held recognizing the 35-year membership of Susan Gracie, the fraternity education chairman who later led the group in a song regarding the proper way to wear the badge. The group also participated in a “Fun Facts About the First Ladies” presentation given by member Diane Bowers.

Hostesses for the meeting were Toni Hinerman and Diana Yocina. The installation of officers will be held during the April meeting.