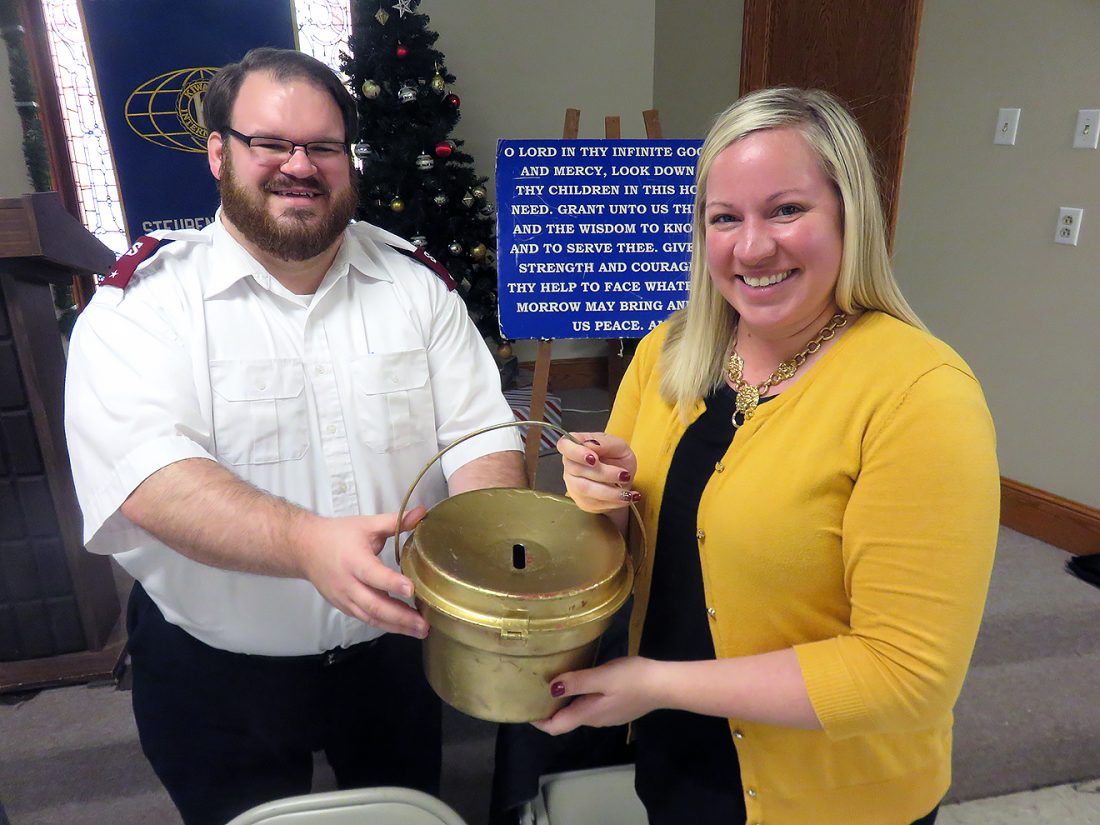 GOLDEN KETTLE HONORS ... AGAIN — For the third consecutive year, the Steubenville Kiwanis Club came away as the recipient of the Golden Kettle award, given to the service organization collecting the most money during its volunteer time as part of the annual Christmas kettle campaign. The club collected slightly more than $1,200. The Golden Kettle was presented by Lt. Erik Muhs of the Salvation Army of Steubenville to Kiwanis President Janna Rusinovich-Sims during the club’s Tuesday meeting. -- Janice Kiaski

STEUBENVILLE — The Salvation Army of Steubenville’s annual kettle campaign of 2019 was a success, exceeding its goal of $50,000.

The report came Tuesday when Lt. Erik Muhs, a member of the Steubenville Kiwanis Club, told his group peers that the six-week campaign that ended Christmas Eve generated close to $56,000.

Helping that effort were Kiwanians, who on their day of ringing the bells at an iconic red kettle location, brought in slightly more than $1,200, cause for the organization to be presented the Golden Kettle award for the third consecutive year. Muhs made the kettle presentation to club President Janna Rusinovich-Sims.

“They get to hold on to it, and in 2020, they’ll be able to have that on the day they ring the bells so everyone can see that they are the winners,” Muhs explained after the meeting.

The Kiwanis Club constituted one of four service organizations that volunteered during the kettle campaign, according to Muhs, who identified the others as the Steubenville Rotary Club, the Steubenville Lions Club and the Masons.

He attributed the campaign success in part to “letting people know where we are. Wee told people earlier the locations the kettles would be in and we attribute that to volunteer groups like the Kwanis club, the Rotary club, the Lions and the Masons and so many more who come out and volunteer an entire day that we can use those volunteers and their connections to raise that much more money.”

This marked the third kettle campaign for Muhs.

An unusual find in the kettle collection was a silver coin.

“We did receive our first 1 troy ounce silver coin that was minted here in the United States,” Muhs said “It was brand new, very shiny, and it was worth on the day we got it about $16.75 for that one coin. It was one of those little extras we weren’t expecting.”

Kettle campaign money has varied, important uses, according to Muhs.

“The money goes to our general operating fund so that way we can do our programs throughout the year,” he said. “We can help with our food pantry, Columbia Gas assistance and our summer camp in Carrollton, Ohio, sending kids to that.”

Muhs explained that it costs the Salvation Army about $385 to send one child to camp. “We only ask for a $30 registration fee from the parents, so the camp is completely free, but we have to pay for it somehow as well as keeping the lights on and paying our workers,”

The local unit sent eight children to camp last summer, “but we have a lot more slots avavilable for this upcoming year,” he said. For information, call the Salvation Army, located at 332 N. Fourth St., Steubenville, at (740) 282-5121.

“During our Christmas season, we were able to help serve 120 families with food for each family and toys for 217 in those families,” Muhs said in assessing the Salvation Army’s role over the holiday season.

“We really wanted to give people something useful and would be a reminder that we are a church and are here all year long,” Muhs said.

“All of this was done with the outpouring of kindness of people throughout Jefferson County. Each new toy was donated by local individuals for the children in need,” he added.

On Jan. 1, the Salvation Army hosted its annual New Year’s Day lunch, which was open for the community. “There were 130 meals served to the lonely and hungry of our area,” he said. “This meal was provided by the hardworking hands of purely volunteers.”

That meal leads up to the reopening of the Salvation Army’s weekly Shepherd’s Table community meal.

“There is no requirement to come to our church services at 11 a.m., but it is a great way to be in the warmth of a heated building and be surrounded by warm hearts.”

People who want to become volunteers for this program and all Salvation Army programs can call (740) 282-5121 Tuesdays through Fridays from 9 a.m. to 2:30 p.m. or via Facebook at The Salvation Army of Steubenville. 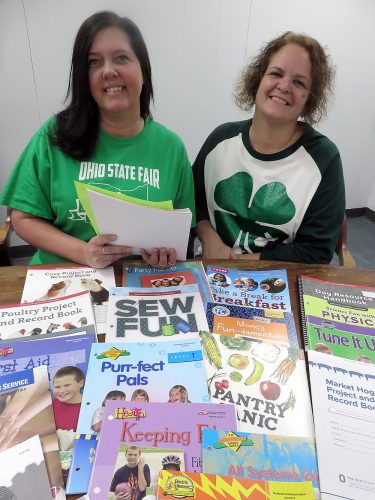 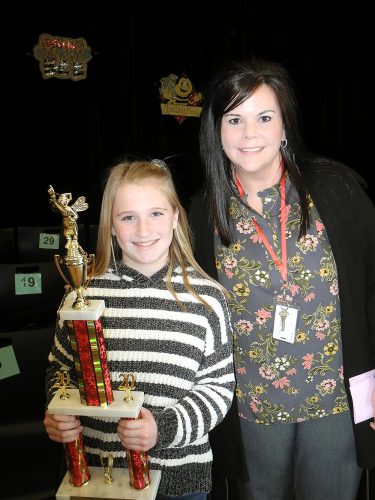 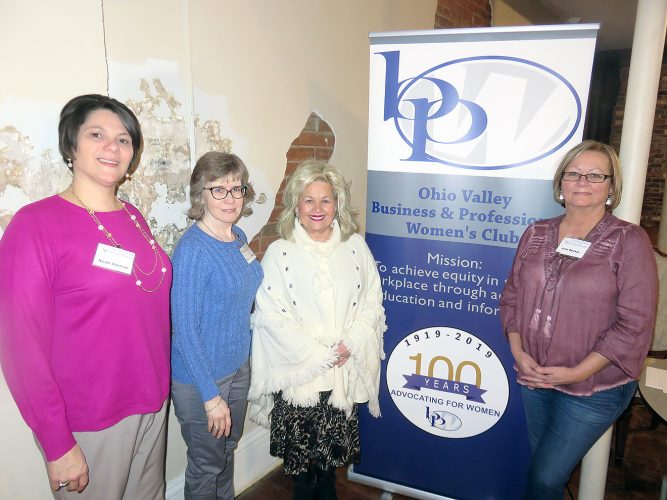