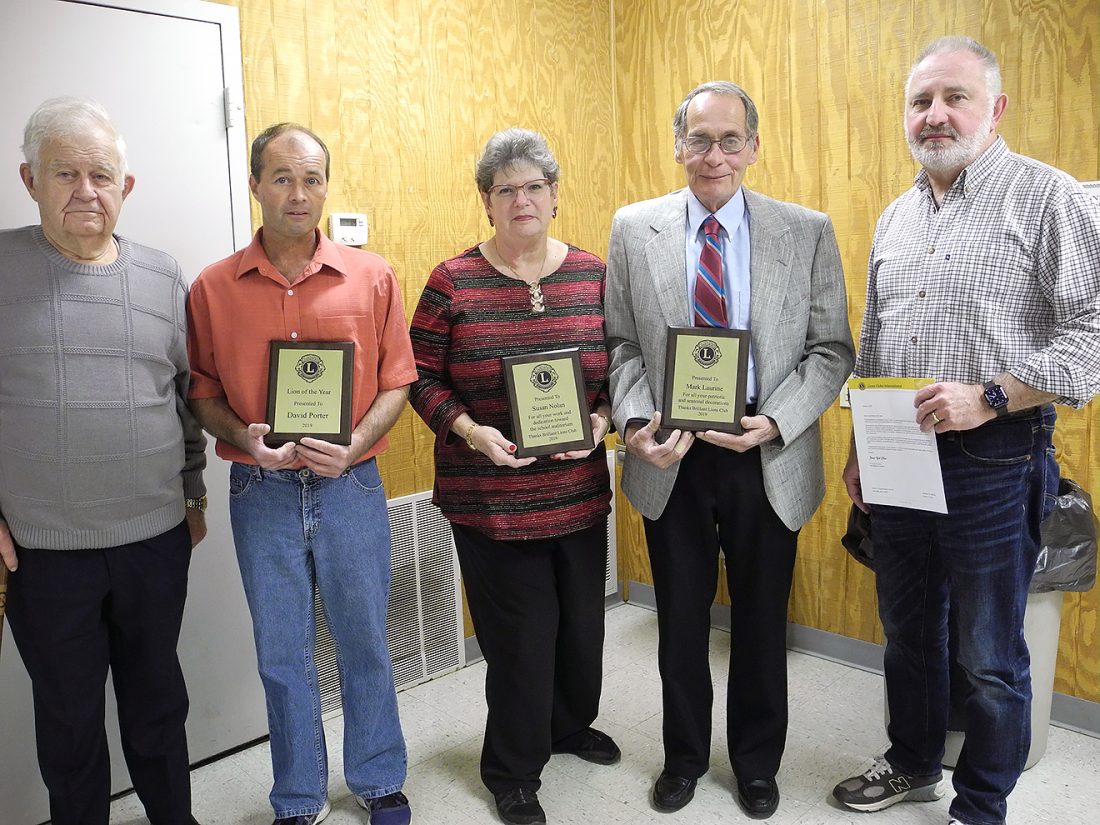 BRILLIANT — The Brilliant Lions Club made several awards as part of its Christmas party held recently, including acknowledgments for Lion of the Year, Outstanding Lion Lady and Best Business decorations, presented to Optimum Blinds.

Ralph Nicholson, former president and a past Lion of the Year, presented Susan Nolan, the first lady Lion member, with Outstanding Lion Lady honors. Nolan, principal of Buckeye North Elementary School, was the push behind getting new auditorium seats, new wall painting, decorations and scripts of wisdom on the walls, he noted. She allows different Lion projects to be done there, including the club’s help with stadium repairs.

Club President David Porter received the Lion of the Year award for work done in the community, school and to promote Lions projects. Nicholson made the presentation and said that voting for Porter was unanimous.

Mark Lorrain of Optimum Blinds, located on the corner of Longview Avenue, has decorations to suit each season and holiday, including Christmas.

Porter presented Jim Harmon with a 20-year membership pin and Ron Retzer with a 15-year one. Cheryl Rose was honored for her typing work related to needed projects for the club and Curt Creamer for his work doing the pulled pork fundraiser. Jody White, a past member, was honored for a cleanup of the town and on-ramps to state Route 7.

First Vice District Gov. Terry Snyder was on hand along with William Snyder, Zone 7 chairman. He asked members to save screw-top caps from drinking water and other soft drinks for the district to make Buddy Benches to be placed at public locations. The Lions assisted the fire department in collecting 43 pints of blood for the American Red Cross drive.

A list of 43 projects that the club was involved in during 2019 was given to members. They included cleaning McGee Cemetery, Angel Tree gifts, coats for Buckeye North students, Little League donations, the purchase of two memorial bricks for deceased members, turning in 219 pairs of eye glasses, turning in $275 to the Parade of Checks, which was done by Lamont and Esther McCoy, who attended the convention in Canton.

The club also donated to the food drive; transported 294 auditorium seats from Follansbee to Buckeye North Elementary School; sold brooms and knives; gave $150 to the fire department for the use of its hall; donated nonperishables to the Dayton area; gave a wheelchair to the school; held a pulled pork fundraiser that generated $1,500; donated to the Blue Team at the school; held a tag day; trimmed trees at Lincoln Corner; repaired a bench at the south end of town; donated to Buckeye Local’s Touchdown Club; had floats in the Wells Township and New Alexandria Christmas parades; helped put up a banner for the Touch Down Club; built steps for an individual in need; helped Nolan with school improvements; and paid out a total of $3,904.20. 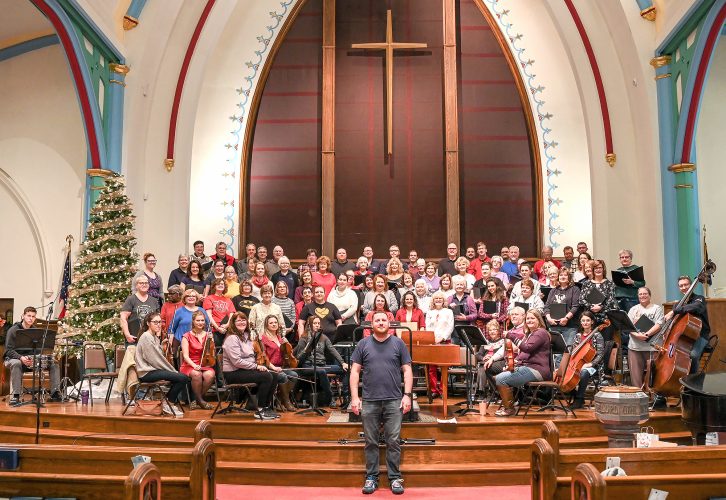 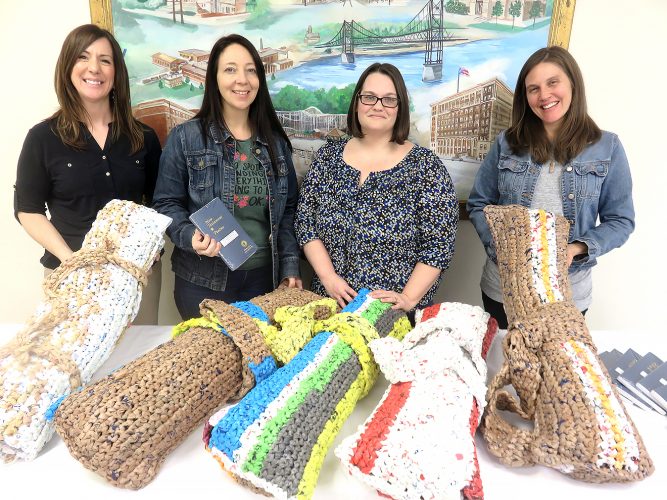 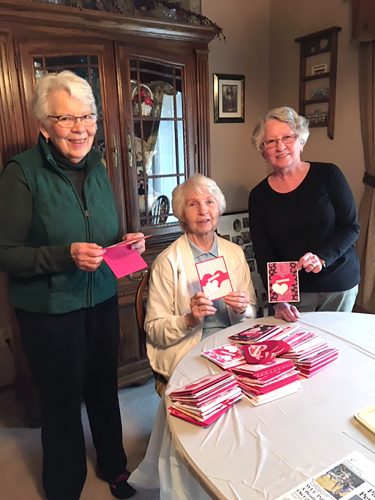