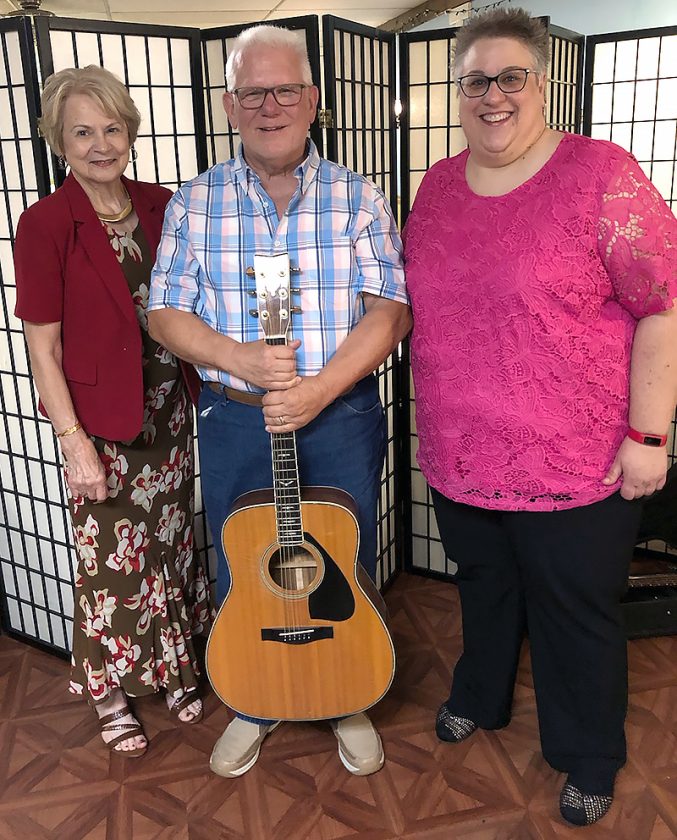 WEIRTON — The Weirton Woman’s Club, a member of the General Federation of Women’s Clubs of West Virginia, met Sept. 7 at Giovanni’s Restaurant for its opening meeting of the new club season.

Delores Azzarello, program chairman, introduced D David Stiles, a Jamboree performer and a Capitol Music Hall player. Stiles has performed throughout the Ohio Valley as well as Nashville. He sang country songs and played guitar for the members.

It was announced that the Northern District Fall Convention will be held on Oct. 19 in Follansbee.

The Weirton Woman’s Club’s next meeting is tonight at St. Nicholas Orthodox Church, beginning at 6:30 p.m.