STEUBENVILLE — September is Library Card Sign-up Month, a time for the Public Library of Steubenville and Jefferson County to remind the community that signing up for a library card is the first step toward lifelong learning, according to Jennifer Cesta, public relations coordinator.

The library system shares its resources with 93 public libraries to provide more than 8 million items to the public.

A variety of activities are planned throughout the month, beginning with an author visit at 3:45 p.m. on Sunday at the Schiappa Branch. Joe Martelle is the author of the biography “The Robert Urich Story — An Extraordinary Life.” Martelle will be discussing the book at the library while he is in Toronto, Urich’s native hometown, as part of Toronto High School All School Reunion festivities this weekend. At noon on Saturday, he will present a copy of the book to the Toronto Branch.

New to programming is “A Stitch in Time” that encouraged participants to bring knitting, crocheting, needlepoint or sewing to work on together at the Main Library, beginning at 10 a.m. on Sept. 20.

Children who are fans of the Toronto Red Knights football players will enjoy listening to stories from some of their favorite players on Sept. 10 at 6 p.m. at the Toronto Branch. Registration is required for this program by calling the library at (740) 537-1262.

For other programming for adults and children of all ages, visit the library in person or online at www.steubenvillelibrary.org, Cesta said.

Additionally, now through Sept. 21 library patrons can get 20 percent off school supplies when they present their card at the Steubenville Office Max.

On a national level, Cesta continued, the American Library Association has invited Disney and Pixar’s “Toy Story 4” characters Woody, Buzz Lightyear, Bo Peep and friends to promote the value of a library card, according to Cesta. They’ll be reminding the public that signing up for a library card opens a world of infinite possibilities — libraries offer resources and services that help people pursue their passions and give students the tools to succeed in school and beyond.

To sign up for a free library card, visit the Main Library or Schiappa Branch in Steubenville or one of its branches in Adena, Brilliant, Dillonvale, Tiltonsville, Toronto or the Bookmobile.

WHEELING — The board of directors of the Big Band 200 Club in Wheeling has announced details of its 2019-20 season.

The season begins on Sept. 14 with Ross Denman, a Pittsburgh-area disc jockey with extensive experience (and an extensive playlist) from years of ballroom dances in Washington, Pa.

A highlight of the season will be the Dec. 7 dance, which will take place on the anniversary of the attack on Pearl Harbor. The dance will feature the Wally Gingers Orchestra, which is the only band in the region that was playing during World War II and still plays today, according to a new release. The usual dress code will be altered that evening to encourage participants to wear suits and dresses from or like those from that time period. World War II veterans are invited to attend the dance without charge and will be recognized at the dance for their service.

Lite Touch returns on March 14 with its signature blend of Big Band, standards, Latin and Doo-Wop. Perennial favorite Wally Merriman and his group will offer their mix of dance favorites on May 16. Talent has not yet been booked for the June 20 dance; however, the dress code also will be relaxed for the June dance to encourage dancers to dress in keeping with the Luau theme.

The other three dances are formal-optional: Formal wear is “admired, but not required.” Men must wear a tie at all times and a jacket while on the dance floor. Women may wear a dress, skirt or slacks as long as the outfit “is dressy and tasteful.”

The dances will be held at the Osiris Shrine, on the corner of National Road and Kruger Street in Elm Grove. All dances include the traditional coffee and doughnuts during the intermissions. All dances are BYOB, but the club will provide soft drinks, ice and snacks at no charge. “The most significant change this year is starting the dances an hour earlier — at 7 p.m.

A full five-dance subscription is $85 per person. Subscribers may bring a guest or guest couple to a dance at no cost, but a particular individual or couple may attend only one free dance in a five-year period. Anyone may attend any number of dances at a cost of $30 per person or $15 for students with proper student ID. Contact Membership Chair Diane Demarest by phone at (304) 280-3206 or by e-mail to bigband200club@hotmail.com or visit the club’s Facebook page for information, to subscribe or to buy tickets for a single dance.

WEIRTON — The Antonio Meucci Lodge No. 2506, Sons of Italy, met Aug. 13 at Undo’s in Weirton for a picnic-style meal.

Tony LaRosa read the invocation, and Gabriel Arlia led the pledge of allegiance.

Reports were given by Rita Orler, secretary, and Norma Henson gave the treasurer’s report.

Truax issued a reminder about the Morgantown Lodge celebrating its 100th anniversary on Sept. 15 with the afternoon event costing $25 per person.

The annual Christmas party will be held Dec. 10 at at Undo’s, it was announced.

Birthdays and anniversaries were acknowledged.

The next meeting will be held Sept. 10 at Undo’s. Anyone interested in joining or wanting information can contact Truax.

The booths gave an overview of what Grange is all about and displayed items made by the organization.

The Pomona Grange had a booth as well and received a first for it.

Liberty Grange 1749 of New Alexandria placed first and showcased many of their achievements through the years. They supply fair trophies, deliver fruit to shut-ins, have held games parties, save pop tabs, give support to state and national Grange, cook and serve the Ruritan dinners in the Grange Hall, gather eye glasses, put information in the fair booklet and send cards to shut ins.

Unionport Grange 2728 had a display on the 50th anniversary of the Apollo flight, along with a rocket about to be launched. The organization has held successful Apple Stirrin events for 30 years with the 2018 one being its last. The group gives scholarships to Indian Creek students.

WINTERSVILLE — Sienna Skilled Nursing and Rehabilitation, located at 250 Cadiz Road, Wintersville, is home to “2262 Wintersville,” a chapter of TOPS, which is an acronym for Take Off Pounds Sensibly.

Sunshine Chair Winnie Kemp acknowledged anniversaries and reported on cards that had been sent.

Reservation Chair Vivian Weigel had 51 reservations for August. The Sept. 26 meeting will have sports as the theme. 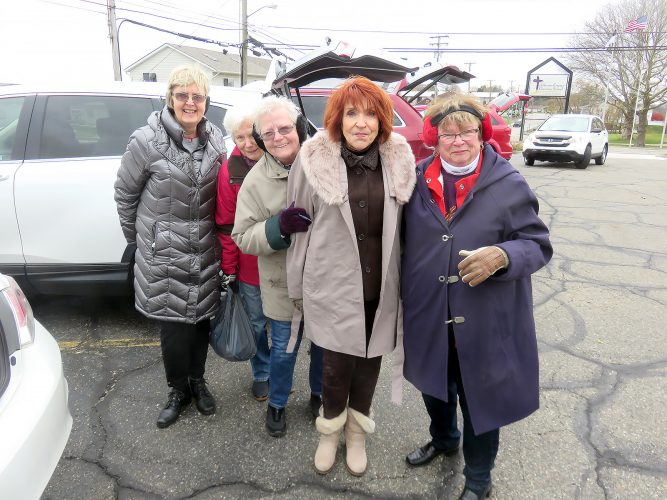 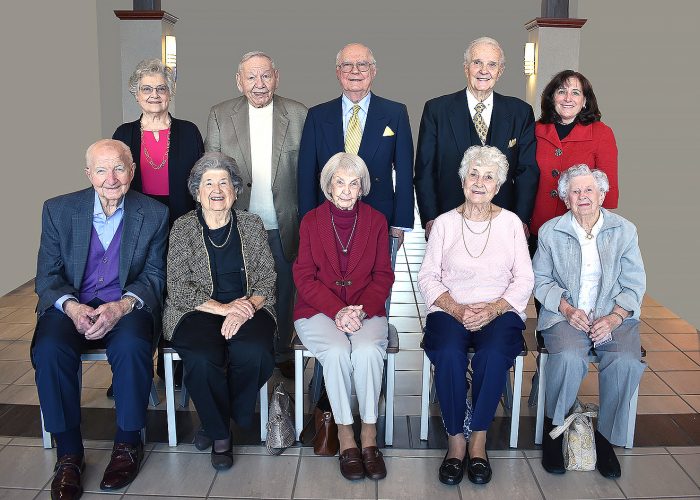 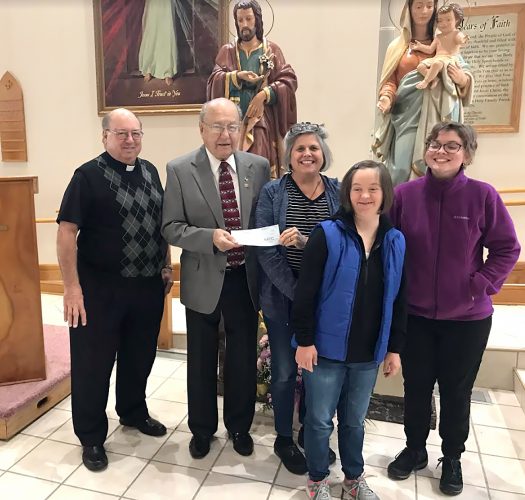