‘Voice of the Meadows’ retires

WASHINGTON, Pa. — Hall of Famer Roger Huston, the voice of the Meadows Racetrack since 1976, has resigned his position as announcer and television host of Meadows Racing. His last day of announcing at the Meadows will be Saturday.

“I am not retiring, just cutting back on the day to day announcing,” Huston said. “So I have decided to resign my position at the Meadows Race Track and Casino as announcer and TV host of Meadows Racing.”

Huston was a seasoned race announcer when he joined the Meadows, having worked at Ohio fairs, Lebanon Raceway, the Red Mile, Pompano Park and the Delaware County Fair in Ohio, where he began calling the Little Brown Jug in 1968.

The Meadows allowed him to keep his association with the Jug and other county fairs and keep his family in one town.

It didn’t take Huston long to make his mark on the Pittsburgh area sports scene, where he became an icon to anyone who watched a race at the Meadows. He called the historic 1984 Breeders Crown when the locally-based colt Dragon’s Lair defeated Nihilator, and then the following year was of course in the stand when Nihilator was unexpectedly beaten in the Adios.

Scores of great racing moments at the Meadows, from other editions of the Breeders Crown, to the Adios, and the historic record-breaking drives by Dave Palone, were brought to life by Huston.

“My first Roger call that I remember was when Armbro Ranger and Keystone Ore were battling in the Adios (1976). It might have got me hooked on harness racing,” said Palone.

“He’s been there for all of my milestones,” Palone continued. “It won’t be the same here without him. He’s going to be missed, not just announcing but in the backstretch community here at The Meadows. He’s like a member of everyone’s family.

Huston became more than just a race announcer when the simulcasting era hit harness racing in the early 1980s. Huston took a step into television when the Meadows launched “Call-A-Bet.” In 1983 Huston began broadcasting from a studio before the race cards to give fans analysis, racing news and anecdotes.

Huston has been a statistician for not only Palone, other drivers, trainers and horses, but also himself. He has meticulously kept track of his work and by his calculation he has called more than 188,495 races in his career.

A native of Ohio, Huston said he plans to continue calling races at the Delaware County Fair each fall and traveling to other tracks to make cameo appearances, which has evolved into a sort of ambassadorship for Huston. 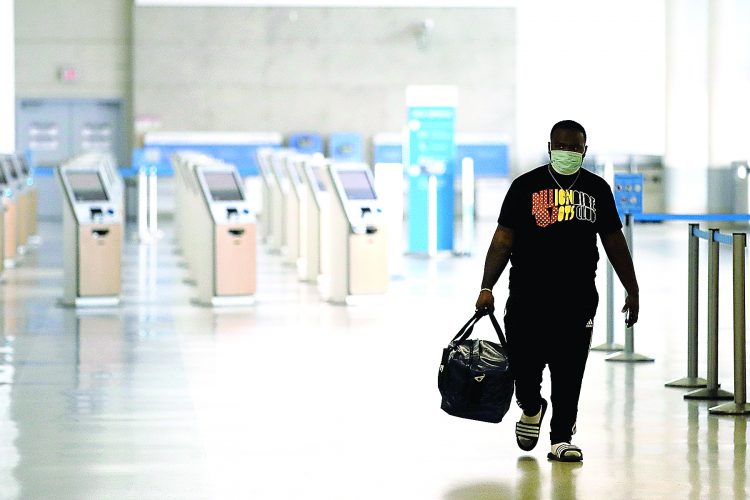 WELCOMES INTERN: Evan Cuomo is joining Cedar One Realty as an intern. He is a lifelong resident of Follansbee, ...

STEUBENVILLE — For the first time, Franciscan University of Steubenville’s bachelor of arts in theology and ...

NEW YORK (AP) — Looting and vandalism in cities across the country have dealt another blow to small businesses ...